This year the Dublin Branch of IWT arranged two trips to Ireland’e Eye – on 5th and 19th June.
We had a tremendous response – both outings were fully booked up and not everybody could be accommodated. Ireland’s Eye: two glorious contrasts. Day One bathed in sunshine, birds hatching their eggs, some chicks roaming around, their parents screeching and warning us to stay away from their offspring. Day Two bathed, literally, in rain, chicks grown, their parents less agitated, hovering anxiously and keeping a watchful eye on our group. Everybody obviously enjoyed the first tour, but despite the weather the good-humoured group on the second trip also appeared to have a good time, appreciating the unique charm of this little gem of an island.


We saw the usual suspects; guillemots, gannets, terns, all the different gulls, of course, cormorants and shags, oystercatchers and ringed plovers, rock pipits, a few puffins and two peregrine falcons. Our thanks to John Fox (Birdwatch Ireland) who provided us with details of their nesting, feeding, migration, habitat, behaviour and lifespan. 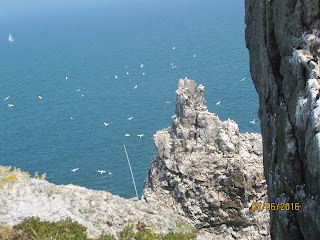 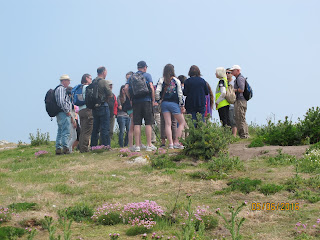 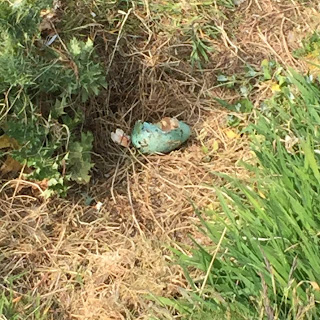 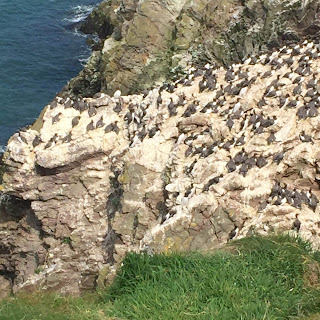