July 5th - Green Drinks: "What can be done to keep the bee"

This July the Dublin Branch gathered to hear Kieran Flood, IWT Conservation Officer talking about the important issue of the threats facing our pollinating insects, especially bees, and asking the question: "What can be done to keep the bee?

According to Kieran, bee numbers have been declining in Ireland, Europe and beyond, due to loss of habitat and insecticides. This is a matter of major concern as so many of our plants cannot bear fruit unless they are pollinated, including many important food crops. There is an attempt to tackle this problem with an All Ireland Pollinator Plan - an island wide plan to help protect our bees.

Kieran outlined that while the honey bee is important in pollination, the bumblebee also plays a vital role in the pollination of many wild flowers. The talk then delved a little deeper into the wonderful world of Irish bumblebees, of which there are twenty species in Ireland! Kieran went through some of the more common species, which can be distinguished by their distinctive markings - as shown in the handy diagrams below. 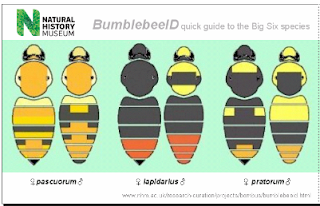 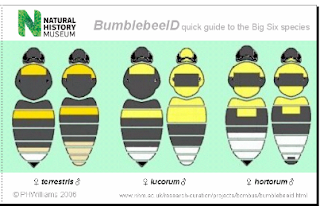 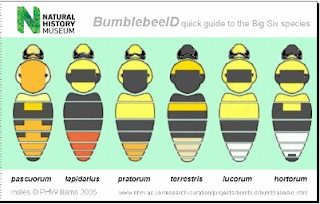 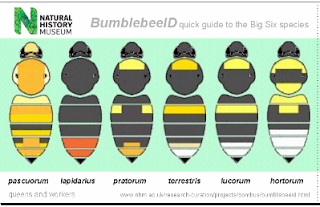