The August outing of the Dublin Branch of IWT saw us rockpooling in Portmarnock, led by our knowledgeable volunteers Kevin and Leyla. Overall there were some 35 participants - mainly young kids, and the weather was fine, but a bit dull. Kevin and Leyla were absolutely wonderful, and helped everyone to find lots of really cool things. As well as both brittle starfish and a common starfish, some fish species were found including Rock Goby, blenny, butterfish and a 5 bearded rockling.

Other highlights included a nudibranch - orange clubbed sea slug (Limacia clavigera), which was feeding on the sea mats (bryozoans) attached to rocks in the rock pools. We also found Elysia viridis, or the sap-sucking slug (photo below).

Some of the birds that hung around with us during the rockpooling included cormorants, common tern, heron gulls, greater black-backed gulls, oystercatcher and turnstones.

As well as all the wildlife, Kevin and Leyla talked to the children about marine pollution (plastic), and sure enough several kids picked up plastic items which they found in the rock pools. a very enjoyable and enlightening day was had by all. 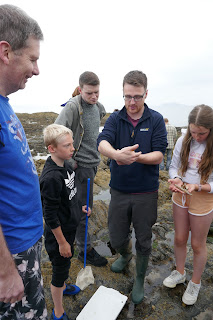 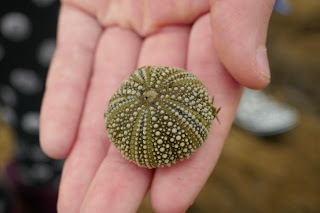 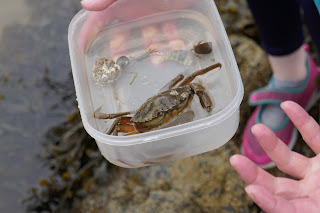 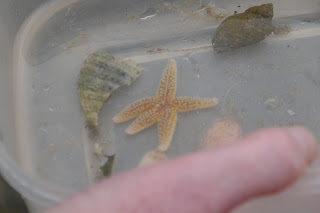 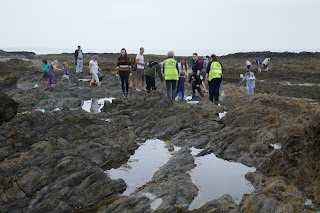