Last Saturday 16th June the Irish Wildlife Trust went on a boat trip to Ireland's Eye off Howth in north Co. Dublin. Ireland's Eye is a designated SAC (Special Area of Conservation) and SPA (Special Protection Area). You can learn more about those designations by following the link to the National Parks and Wildllife Service website:


There was a good turnout for the trip and the weather was cloudy but it stayed dry (mostly). Ireland's Eye is a spectacular island with its own Martello Tower and ruined church, and of course it contains a huge amount of wildlife, especially seabirds. Among the birds we saw were kittiwakes, nesting herring gulls and shags, (unfortunately some of these were dead). IWT's Conn Flynn who was leading the trip also showed the group some of the wild things on the seashore, including little insects that live in the seaweed called sandhoppers and some of the varieties of seaweed. 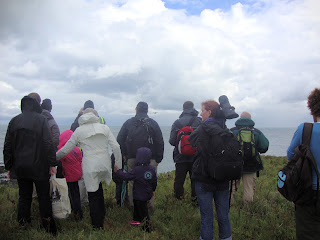 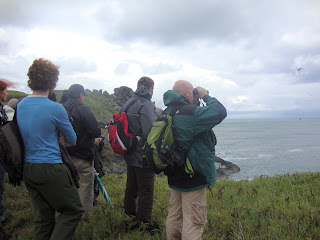