6th May Green Drinks - Return of the Eagle!

This month's topic was a dramatic one! The IWT Dublin Branch heard Ronan Hannigan talk about how in 2001, 100 years after the extinction of native raptors, the Golden Eagle Trust launched an ambitious reintroduction programme to bring birds of prey back to Ireland. The plan has met with widespread public support but also poisonings, shootings, opposition and setbacks. After a century, have raptors finally returned to the Irish skies? And are they here to stay? There are three programmes going on at the moment, reintroduction of the golden eagle to Donegal, of the White-tailed eagle to Kerry and the red kite into Wicklow.

Ronan Hannigan, who is Chairman of the Golden Eagle Trust, gave a funny, informative and eye opening talk about the two charities he established, the reintroductions he works on, and how two of our species of Eagle and the Red Kite are returning to Ireland after a long absence. Despite the setbacks, Ronan is optimistic that the reintroductions will succeed in the long term. 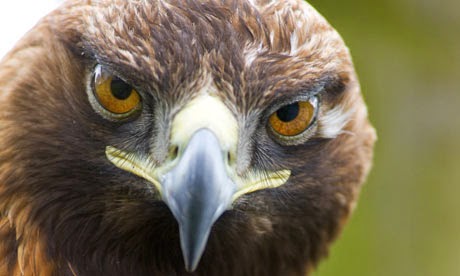