On Sunday April 13th the Dublin Branch of IWT held a walk in Massey's Wood, Rathfarnham. The weather was overcast but dry and about 15 people showed up to follow Branch members Niall and Karen as they explored some of the trees and flowers to be seen in the wood. Quite a few wildflowers were spotted in the walk including wood sorrel, primrose, lesser celendine, and wild violet. Niall explained some of the background to the flowers to the group. For example, another name for lesser celendine is 'pilewort' because it was believed by medieval herbalists to be a good cure for piles. This is on account of its bulby roots which resemble piles. An infusion of primrose flowers was also believed to be a good tonic for soothing the nerves.

Growing profusely along the way was cherry laurel, an invasive species that is present in large parts of the wood. Karen explained to the group that plants with shiny, waxy leaves like that (and others such as rhododendron) could never be native to Ireland because they had evolved in drier environments where it is necessary to conserve water. There was also many native trees to see however, such as holly and willow, and a very fine native oak, which is at least several hundred years old. As the group were walking back to the entrance of the wood, the sun came out to liven things up. Photos courtesy of Karen 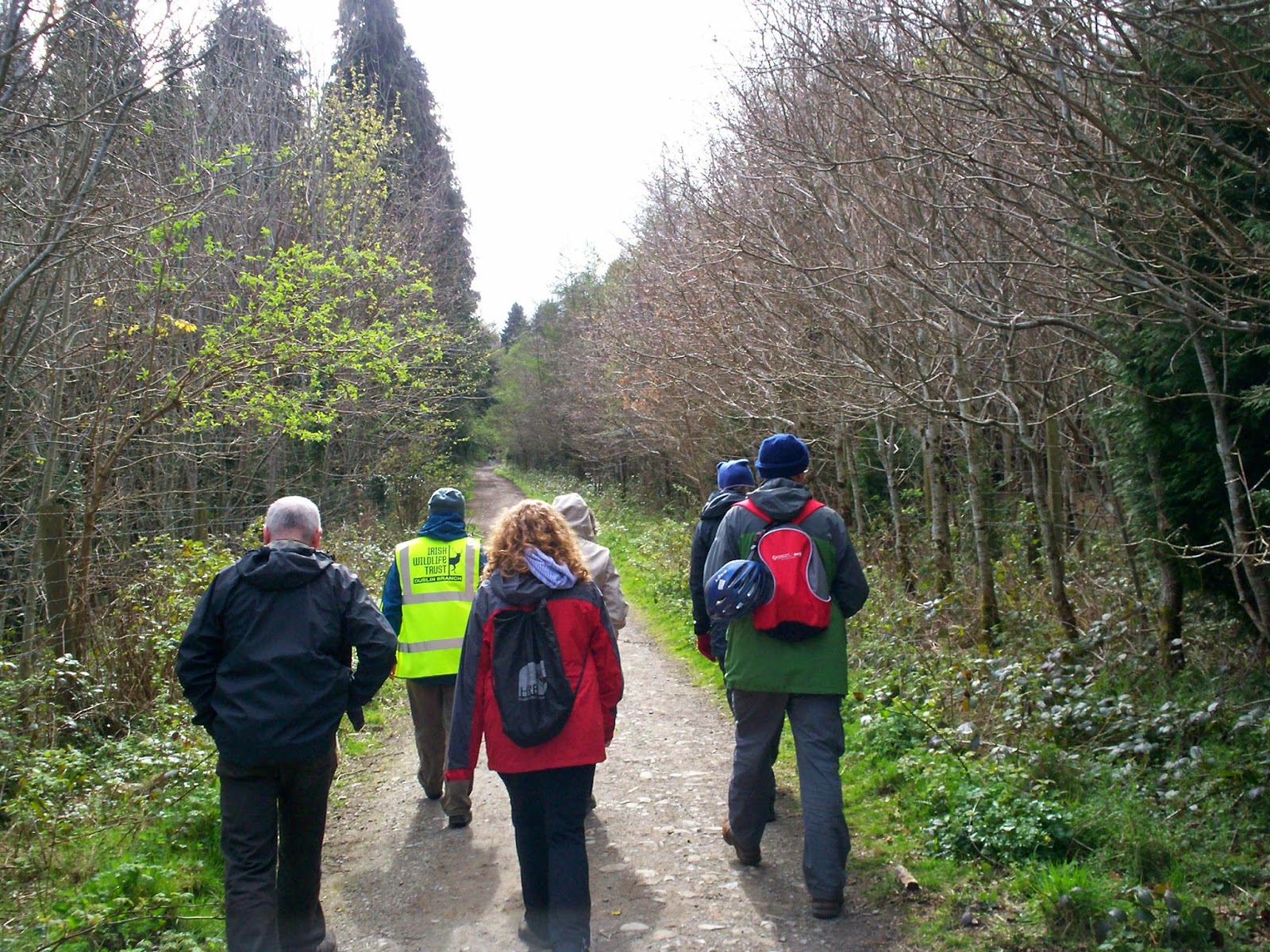