This month's Green Drinks heard Denis O'Meara, Project Officer for the Mammals in a Sustainable Environment (MISE) project talk about the history of the red squirrel in Ireland. Red, charming, and so very Irish, red squirrels were once the most iconic Irish species, inhabiting trees across the country. After a series of lost battles with the American grey squirrel and haphazard reintroduction programmes, they're now one of the rarest. Denise took us on a journey through time, bridging historical records from the fur and live animal trade to the modern technology that's bringing them back. It seems red squirrels were introduced numerous times into Ireland, and may have gone extinct in the past, due to habitat loss and hunting pressures. In other words, the red squirrels we have were all introduced from Britain in historic times. That does not mean however, that they are not worth preserving!

MISE is a scientific outreach and education project based at Waterford Institute of Technology (WIT), Ireland, that aims to increase awareness of mammals in Ireland and Wales through the organisation of wildlife surveys and events. Denise has been surveying for pine marten, otters, stoats, squirrels, bats and small mammals using non-invasive survey techniques complimented with DNA verification of field evidence such as faeces and hair. During her PhD project (completed at WIT), she developed and optimised a DNA toolbox that can be applied to hair-tube surveys of red squirrels (Sciurus vulgaris). You can follow Denise on her own blog at www.domeara.org 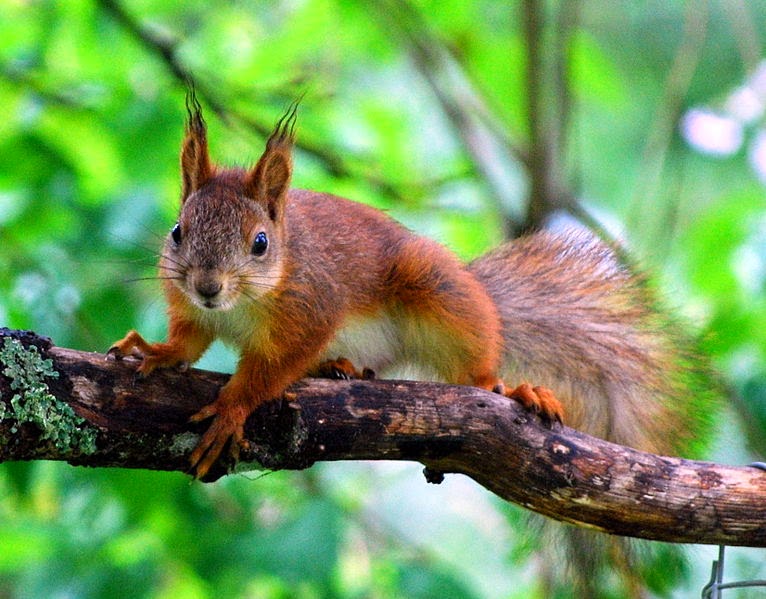