This month IWT Dublin Branch's Green Drinks talk was about sustainable clothing. Lynn MacPherson, creator of eco-clothing label Salty Philip spoke about the idea of reducing the negative impact of conventional fabric production on the environment and the people who make it. By making beautiful contemporary clothes, Salty Philip aims to banish the idea that eco is dull, and bring life to each garment.

Lynn talked about some of the facts and figures around clothing production. Europeans alone generate about 14m tonnes of textile waste each year, of which only 5m tonnes is recycled. This is a great pity as over 90% of textile waste can be re-used in reprocessed fibres, packing and insulation. Another important issue is buying organic. Cotton in particular cannot be grown without heavy use of pesticides that can cause cancer, blindness and fetal deformities. They are also very expensive, leading many farmers into financial ruin. In India alone, 25,000 farmers have committed suicide because of debt problems! Luckily organic cotton can now be bought in many chain stores. Fair Trade products are also important as it ensures that those involved in making clothes receive a living wage and fair labour standards.

There are also alternatives to conventional clothing. Bamboo can be made into a fibre and grows quickly without the need for much fertiliser, pesticides or water. However, strong chemical are needed in the process of making the bamboo fibres so this is an option that needs to be considered carefully. Another option is fish skin leather, which is simply discarded at the moment, but can be used to make items such as shoes, belts and purses. A potentially exciting new source of organic clothing that has recently been developed is the option of making clothes out of milk! Some of Lynn's wares were on display at the talk and attracted great interest, and everyone present certainly had their minds opened to the other options that are out there. 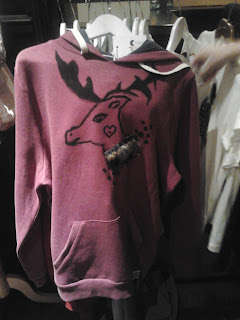 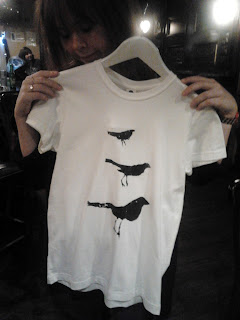